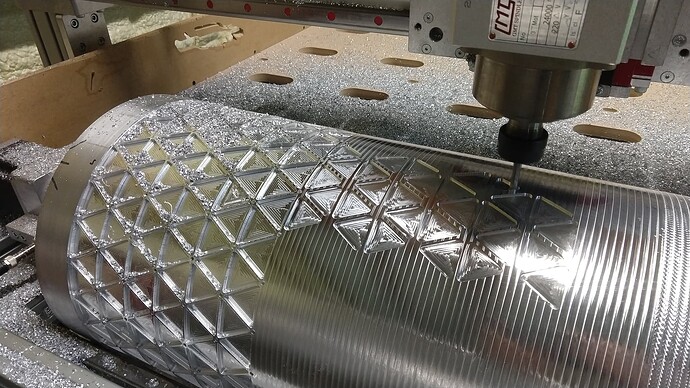 Like many of you, our jaws dropped when we saw Peter McCloud’s isogrid cylinders here on the forum. Eager to find out more, we sat down with him last week to learn more about his projects and processes.

Little did we know that those cylinders were just the tip of the iceberg. A physicist and engineer by trade, McCloud splits his time between working for NASA contractor ERC, running his independent small-craft aviation company McCloud Aero, and mentoring Portland State Aerospace Society (PSAS).

Those isogrid tanks we mentioned? They’re intended for PSAS’s LV4, a 30-foot-tall, liquid-fueled rocket that will be launched to the edge of space.

Over the past seven years, McCloud has helped the Portland State students navigate some difficult engineering challenges. Most recently, they’ve been wrestling with the right material for their fuel tanks. Notoriously reactive, liquid oxygen fuel poses a significant fire risk if not contained properly.

After exploring some carbon fiber options, the team was still concerned about the possibility of leakage. That’s when McCloud proposed using isogrid-machined aluminum tanks. Developed in the 1960s, this method for removing material allows solids to retain their rigidity while still becoming incredibly lightweight.

Now, all the team needed to do was purchase off-the-shelf aluminum tubes and find someone to machine them. After receiving some sky-high quotes from other fabrication companies, McCloud had another idea. 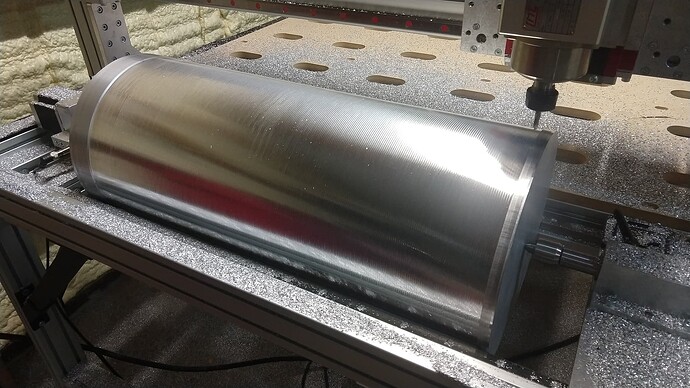 “We went back and forth and I was like, ‘I’ve got my Avid CNC router since 2013, and I know that they have these rotaries. I think I can make this work with their new technologies,’” he said.

The fabrication process was not without its initial challenges, however. One issue that the team identified was that the diameter of the aluminum tubing was not always consistent.

In order to circumnavigate this issue, McCloud utilized Avid CNC’s pre-existing auto Z touch plate technology - and modified it a bit. Before beginning a new cut, he has his machine probe the surface of the tube, and then adjust the cut depth accordingly.

Using this method, the team was able to get their wall thickness accuracy within 2/1000 of an inch. McCloud has since published his cylindrical auto-leveling scripts, so anyone can use them.

While PSAS’s rocket may still be a little ways out from flight, McCloud is excited to see what the future has in store. Throughout the entire process, he’s been consistently impressed with his machine’s fabrication capabilities.