Anyone cutting and engraving thicker metals on cnc plasma setup by adding a laser module?

I have been looking for an example of that for a while now too. I think thats a lot of laser (like 1kW minimum), and probably cost prohibitive as a simple add on. Thats my guess anyway…but I would love to see someone do it because I’m curious too.

An example machine and capabilities listed - I don’t think an add-on is going to ‘cut’ it. 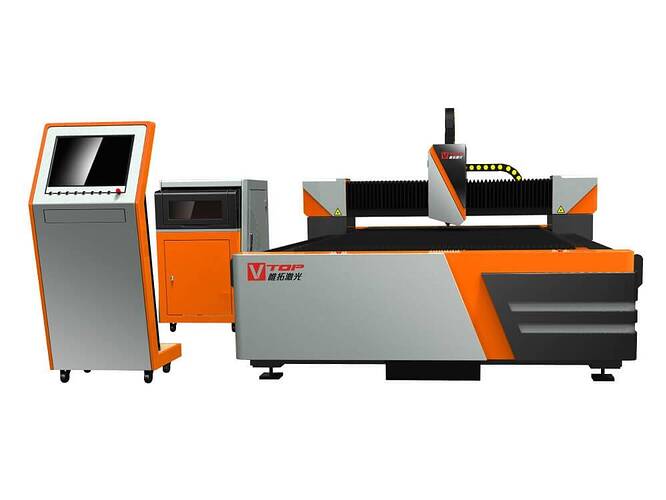 I though about a laser next to the plasma axis. Then I looked at my actual laser machines.

The head and gantry for a laser machine are exceptionally lightweight. This is because it has to move rapidly with frequent changes in direction so any mass and ringing will just make a mess.

The AvidCNC machine is really nice for the price and size. It is a competitive woody. It is a very usable plasma. It is a “challenging” platform for laser because of the mass of the gantry and the ringing inherited in using aluminum for the frame.

Sorry. My stick is stuck in the mud again

But! If you need simple marking like for logos and serials numbers? I have the solution. Much, much cheaper and a 1000x more reliable than any laser;

No worries it all a learning experience

Here’s a guy doing it – Looks like it could be done with an Avid, but it also looks like he’s one of the first ones out there to do a DIY Fiber Laser Cutter. I think I read that his budget was $15K. Not sure what thickness it will go through? Also not sure my wife would continue to live in my house (or would it be her house?) if I decided to get into metalworking lasers! DIY 1000W Fiber Laser Cutter Part 1: Project Introduction

I saw that last night its exciting to see …he did allude to fairly thin material as the power he could afford and for that matter achieve at home was limited.
Still very nice of him to share the data