This is for the complete setup. I’d like at least 12k which I think is reasonable.

Unfortunately I have decided to sell my practically new 5x3 AVID CNC. Attached is the invoice for details on what is included. Additionally I have a OneGuyInAShop dust boot. Also the spoilboard is completed but I have not trammed and surfaced yet. It uses double sided Armor T Track and can easily be removed for transport. This system could easily be expanded to 5x8 or beyond.

I also have mimicked Robert Cowan’s swing arm monitor mount but modified it to use a Dell mini PC mounted on the back of the Dell touch screen monitor and added a keyboard tray. 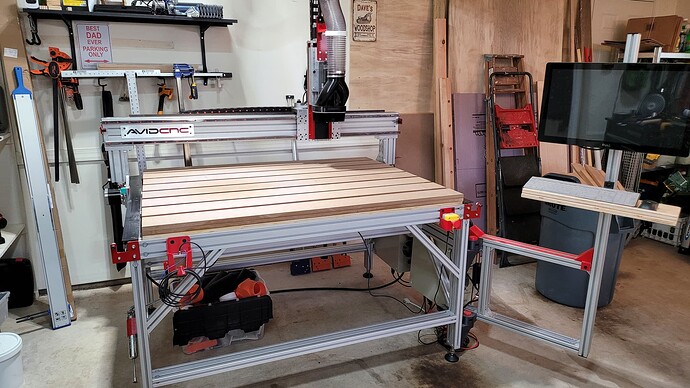 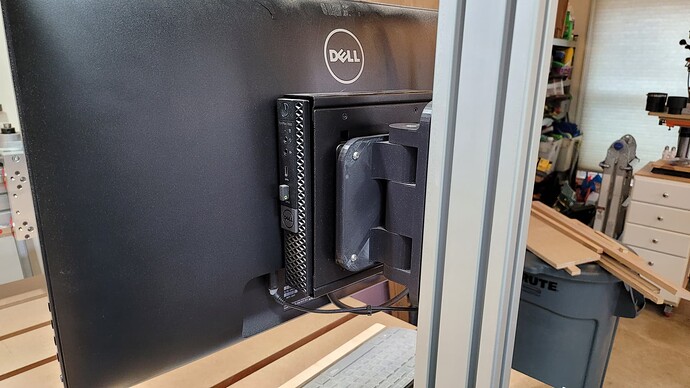 For your convenience I have a new double dial indicator that I can include if desired.

I am located in Northern Virginia just south of Washington, DC. 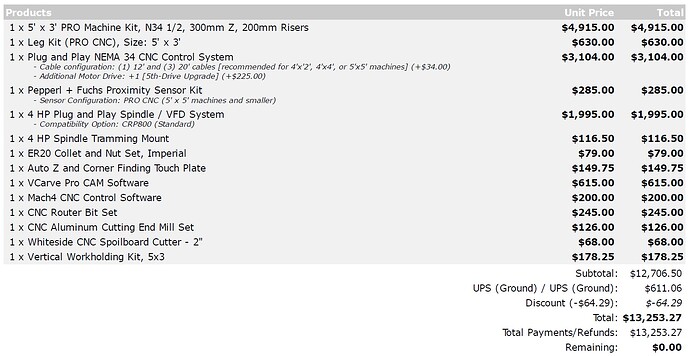 Nearly new - what was the time frame when you purchased the system ?

Did you have any trouble with it ? Reason for sale ?

I purchased in early 2022 and took delivery in May. No issues with the system. My reason is just a change of direction from a hobby perspective.

Is the Dell equipment from that same time frame ? Early 2022 - or did you repurpose that from previous projects ?

The Dell monitor and PC were new to me but were used items that I acquired. The PC is a refurbished unit from NewEgg…and the monitor is a touchscreen

Did you ever do much with the vertical work holding kit ? In the photo, it doesn’t exactly look like you have it setup that way.

No I didn’t. It was part of the future plans. The two additional cross members were installed but not utilized yet.